In a surprising turn of events, Texas Governor Rick Perry was recently indicted by a grand jury for felony charges of abuse of power and coercion. Let's learn about Texas grand jury indictments and see what this means for Governor “Good Hair” Rick Perry.

1. What is a Texas grand jury?

In Texas, a grand jury is a panel of 12 county citizens selected by either a district judge or jury commissioner. Like regular jury members, each must meet strict qualifications such as being able to read and write. Grand jurors cannot be felons, nor can they be convicted of or under accusation of theft. Once the grand jurors are assembled, they are sworn in before any grand jury proceedings can begin.

2. What does a grand jury in Texas do?

Instead of deciding on guilt or innocence at trial, grand juries are assembled long before any trial occurs. Once assembled, a grand jury reviews evidence to determine if someone should be charged with a crime, and if so, what crime(s) should be charged. Texas law has made grand jury proceedings notoriously secretive to protect grand jurors from influence or danger, and also to protect people under investigation for felonious conduct who are later exonerated of any wrongdoing. The secretive nature of grand jury proceedings is the reason that few people heard about these allegations against Rick Perry before he was actually indicted.

3. What does it mean to be indicted on a crime?

However, if 9 or more out of the 12 grand jurors agree that a person should be charged with an offense, then the grand jury foreman will sign and return a "true bill" indictment, which is a legal instrument that officially charges someone with a crime. The indictment itself is usually brief and does not need to contain the specific evidence that the grand jurors found persuasive; Governor Perry’s two-count indictment only took up two pages. Though short in length, many indictments contain defects that attentive defense attorneys can attack by using a “motion to quash.”

4. Is it easy to be indicted by a grand jury? 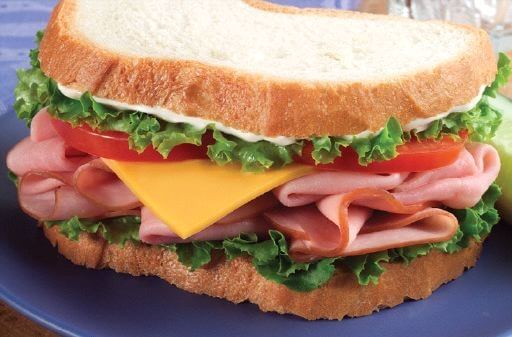 Can you indict my ham sandwich with mustard instead of mayo?

As you can see, the standard is fairly low on the scale of burdens in our legal system. Also, the rules of evidence do not apply in grand jury proceedings, which makes the burden even easier for prosecutors to get a "true bill."

5. What happens now that Governor Rick Perry has been indicted?

After an indictment, a person has been officially charged with a crime. Like any other indicted person, Rick Perry had to turn himself into authorities, get booked into jail, and post bond. In his case, both the prosecutors and defense attorneys agreed that Rick Perry isn't going to flee the country, so they agreed to a personal recognizance bond, which allows him to be released without posting a bond as long as he returns for his future court date. Unless the indictment is quashed or the prosecutors agree to a dismissal, Governor Perry must face the charges against him.

6. What crime was he charged with?

Rick Perry has been indicted for violating § 39.02(a)(2) of the Texas Penal Code in count one, which is "Abuse of Official Capacity." Because the statute has increasing levels of punishment depending on the value, this charge is a first degree felony since he the allegedly misused funds are more than $200,000. First degree felonies are punishable by 5-99 years in jail and up to a $10,000 fine.

Court two of the indictment alleges that Rick Perry violated § 36.03(a)(1) titled "Coercion of a Public Servant or Voter." This is a third degree felony, so if he is convicted of this count, he will face a punishment of 2-10 years and up to a $10,000 fine.

However, even if convicted, an extended jail sentence is unlikely since the Governor probably doesn't have a long criminal history, if any. Here are the indictments against Governor Rick Perry:

7. Why was Governor Perry charged with these crimes?

Depends on who you ask. Here are the objective facts that both sides will probably agree on:

In April of 2013, Travis County District Attorney Rosemary Lehmberg was arrested for Driving While Intoxicated and subsequently convicted of the same. She served her sentence and returned to work in her elected position as the D.A. Rick Perry expressed his desire that Mrs. Lehmberg resign from her position. She did not resign. Subsequently, Rick Perry vetoed $7.5 million of funding that would have otherwise gone to the Public Integrity Unit; he indicated that the reason for the veto was related to Mrs. Lehmberg’s refusal to resign.

8. What defenses can he use?

Rick Perry has many defenses available. Defenses can generally be separated into factual and legal defenses. Factual defenses contest what actually happened (the facts), while legal defenses argue that the law will not allow charges to continue.

Indictments occur at an early stage in the criminal process, so right now Governor Perry is limited to legal arguments. Almost immediately, Governor Perry's attorneys filed a pretrial writ of habeas corpus, arguing that the indictment should be dismissed for many reasons, some of which have some validity. For example, the second charge on the indictment did not negate a statutory exception, which is a requirement under Texas law. However, even though some of their arguments have merit, it is rare to have an indictment dismissed with a habeas petition this early. He may have to wait for a motion to quash the indictment before a court will consider most of his legal and factual defenses.

9. Will Governor Rick Perry be convicted?

It is far too early to tell because no one knows the full story at this point except the grand jury and prosecutors. But if we assume that the evidence presented is just Governor Perry's veto and commentary about Mrs. Lehmberg, then he is unlikely to be convicted of anything for several reasons.

From a legal standpoint, Governor Perry has a strong separation of powers argument and may win an argument that the statute is unconstitutional as applied. At this point, it appears that the basic facts are largely undisputed, so the trial may become a pure public policy argument. However, I believe it is highly unlikely that this case will actually end up in front of a jury.