After Getting Pulled Over for DWI in Texas, Will Chugging Liquor Help Your Case?

When it comes to beating a DWI charge, a wide variety of untested strategies float around internet forums awaiting suggestible readers. An older example is the “stuff your mouth with pennies” trick, which would supposedly beat a breathalyzer every time. Another is masking the odor of alcohol with mustard packets, which Ludacris recommends you keep in your car at all times.

But the newest “DWI-Hack” involves chugging liquor after getting pulled over and has gained some traction recently. The scenario I’m given usually goes like this:

What would happen if a drunk person got pulled over, jumped out of the parked car with an unopened bottle of their favorite liquor, opened it in front of the officer, and chugged as much as they could before the cop stops them? If they drink enough of it quickly, then there's no way the cops can prove that person was intoxicated while driving, right?! 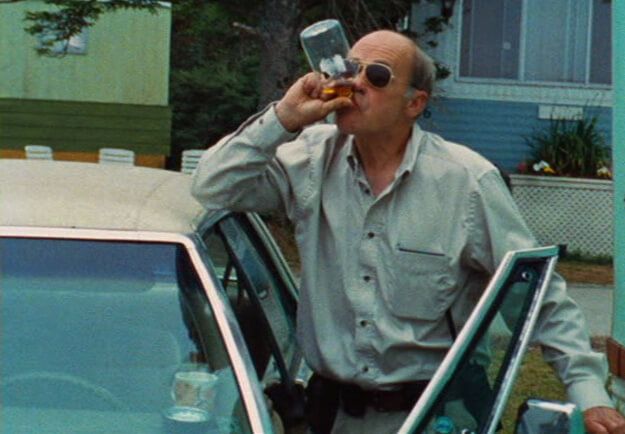 I always ask them if they want the short answer or the long answer. Here's the short answer to the "liquor chugging" question above: chugging liquor in front of cops is always a bad idea. Below is the expanded answer, which (1) discusses why the scenario above presents a number of interesting issues in criminal law; and (2) offers some ways to give yourself a stronger chance in court after a DWI arrest. Spoiler alert: they don't involve guzzling booze in front of police.

The Burden of Proof and Elements of DWI

The prosecutor must offer sufficient evidence to show that, on or about a certain date, a person:

If the prosecution fails to prove any one of the elements above, then the jury or judge must acquit the defendant of the charge.

I will briefly discuss elements 1, 3, and 4 before discussing the focus of this post, which surprisingly is element 2: First, the "intoxicated" element requires the prosecutor to prove that (1) the defendant had a blood alcohol content of .08 or greater; or (2) the defendant did not have "the normal use of mental or physical faculties" because of alcohol, drugs, or a combination of any substances. This element is very important for most cases, so I'll save the detailed discussion of the "intoxicated" element for another post. Remember: a BAC of .08 or higher is not always necessary to be convicted of DWI. The statute allows a conviction to stand on drugs alone-even legally obtained prescription drugs. Therefore, it may not be a good idea to list off a plethora of (or any) medications you are currently taking.

Remember: you have the right to remain silent even if you're not under arrest. Check out another one of my posts if you wantto learn about your constitutional rights when interacting with police. Now let's look at the “while operating” element in greater detail.

For the remainder of this post, we'll assume that the person in the liquor-guzzling hypothetical above is Chad Bradley, who was driving down West 7th Street in Fort Worth (a "public place" under § 49.04) in his 1999 Geo Metro (a "motor vehicle" under § 49.04). On the way home from Chummy's last Friday, Chad rolled through a stop sign and a few seconds later saw those heart-stopping blue and red lights flash in his rear-view mirror. He had several drinks shortly before leaving the bar but wasn't sure if he was intoxicated at that point. After pulling over, Chad turned off his car and looked down at the unopened bottle of Fireball Whiskey that he kept in his car for party-related emergencies. 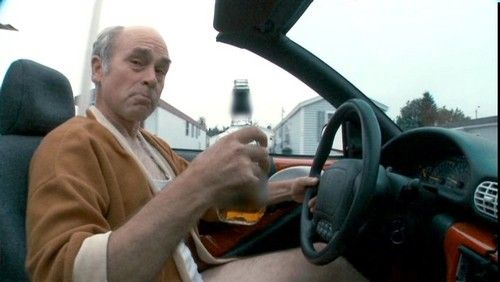 Chad remembered reading a post from an online forum that discussed a secret way to beat a potential DWI conviction: after pulling over, crack open a bottle of liquor and chug it like it's going out of style. With his bottle of Fireball staring back at him from the passenger seat, Chad was ready to become a legend. As the officer approached, Chad calmly exited his Geo, winked at the officer, and guzzled down almost half of the bottle. Feeling cocky, Chad said "Good luck proving how many margaritas I had after that, sucker!"

Let's examine the good and bad facts, starting with the good facts. By drinking liquor after he had operated the car, Chad created, in theory, a small problem for his prosecution on proving that he was intoxicated "while operating" the motor vehicle. There’s no doubt he’ll be drunk in a few minutes, but how can a prosecutor prove that Chad was intoxicated while operating the car?

On these limited facts, Chad might argue that the prosecutor can't prove that he was intoxicated while operating his Geo Metro. In other words, there might be a reasonable doubt as to whether he was drunk while driving or just really drunk after he had pulled over, parked, and turned up a bottle of cinnamon whiskey. He could argue that he’s only guilty of a Public Intoxication charge after the stop but certainly not a DWI. Remember: the burden of proof always remains on the prosecutor to prove every single element of a criminal offense beyond a reasonable doubt. Chad also might argue that the arresting officer only observed indications of intoxication due to the liquor he had quickly consumed after the operation of the Geo Metro was already completed, thereby requiring dismissal of the DWI charge or an acquittal at trial. Armed with this great theoretical argument, Chad is in the clear, right?

Wrong! Let's look at the bad facts. First of all, Chad got out of the car, winked at the officer, and then chugged liquor. Disrespecting police officers never helps a person's case, even if the officer is being a jerk. Chad clearly has not seen Chris Rock's video "How to Not Get Your Ass Kicked by the Police":

In the video, Chris Rock shows many ways to not get beat up by the police, but all of them emphasize being polite to cops and using your common sense. Even if the officers aren't offended, they will definitely not forget Chad for his stunt. Being memorable during an arrest is never a good thing on a DWI case.

The officers might have an easier time getting a blood warrant on these facts, and his BAC would be through the roof after knocking back half a bottle of Fireball. Even if they don't get Chad's BAC, the prosecutors could still argue that Chad was not in control of his mental or physical faculties since he did something so ridiculous under the circumstances.

More importantly, Chad's statements can be used against him, and a prosecutor may argue that Chad admitted consuming multiple margaritas, which is damaging evidence at trial. Additionally, if Chad's case does go to trial, a jury may be offended by his behavior, especially because they might view it as a waste of their time since no sober person (with good sense) would do something like that.

Lastly, we all know Chad can’t handle his liquor when he drinks Fireball, so all of his exponentially inebriated behaviors afterwards will be filmed, which results in more damaging evidence. In sum, Chad's Fireball guzzling stunt would create an entertaining arrest video but probably would not help his case. If you must chug cinnamon-flavored whiskey, do it in the safety of your home where your friends can film you (instead of the police).

Regardless of why you’ve been stopped, pull over quickly and safely, and turn off the car. Put the keys on your dashboard, turn on your interior lights, and put your hands on the steering wheel while you wait for the officer to approach. Hidden hands alarm police officers during traffic stops. Wait for the officer to ask for your license and insurance before moving your hands from the steering wheel. If asked, "Do you know why I pulled you over?" you shouldn't offer guesses on why the officer pulled you over.

Remember: you are being filmed and recorded in almost all interactions with police. Don't obstruct, resist, argue, beg, or verbally abuse cops, even if you think they deserve it. A jury may see the video, and it's much harder for them to get on the bandwagon of a jerk. Let your attorney fight for you in court. Remember: the right to remain silent is a legal right. You have to tell the officer your name, DOB, and address, but if asked any questions about drinking, you should ask if you are free to leave. If the officer says no, you should ask for an attorney before answering any more questions and remain silent after. Telling a cop what bar you came from and how many drinks you had are detrimental pieces of evidence at trial.

Officers might ask you to perform several field sobriety tests, such as the Horizontal Gaze Nystagmus test (eyes-following-the-pen test), the Walk-and-Turn test, and the One-Leg Stand test. If you've been drinking to intoxication and get pulled over, respectfully refuse to perform all field sobriety tests. Also, don't give officers a breath test or consent to any blood tests. Politely request to speak with an attorney before answering any questions or performing any tests. Refusing sobriety tests will probably result in your arrest and your license getting suspended; refusals can also can be used as evidence against you. These are some of the risks you must recognize when deciding on refusal. Even so, these tests are designed to make intoxicated people fail, so attempting them while intoxicated probably won’t be beneficial to your case. Lastly, do not consent to any search-even if you have nothing to hide.

If you've been arrested for DWI or other intoxication crimes, you need an attorney who is ready and willing to fight for you. Call Fort Worth Attorney Bryan E. Wilson at (817) 440-3953​ and get the Texas Law Hawk on your side today.