Rising Use of Body Worn Video Camera Technology by Police

Video and sound recording by the cops is not a new concept. In fact, law enforcement officers have recognized the value of video evidence for more than half a century with dash-cams in police cruisers. Another example is the television show "Cops," which films police officers doing everything from scaring first-timers straight to hurdling fences after fleeing felons. I'm a big fan of Cops, and in every episode, a common moment is when suspects notice that a film crew is documenting everything. It's hard to miss the cameraman lugging around a heavy shoulder camera throughout the arrest. Some suspects are mad, some appear confused, but they always notice that they are being filmed.

However, new technology has inspired a trend among Texas law enforcement agencies that allows officers to capture similar audio and video evidence without the suspect realizing he or she is being recorded. Recently, officers in Texas and across the United States have been using small body worn video cameras that can record both sound and video contemporaneously during the officers' law enforcement duties. Some of the cameras sit on an officer's ear like a Bluetooth headset; others attach to the officer's chest or shoulder and resemble a walkie-talkie. 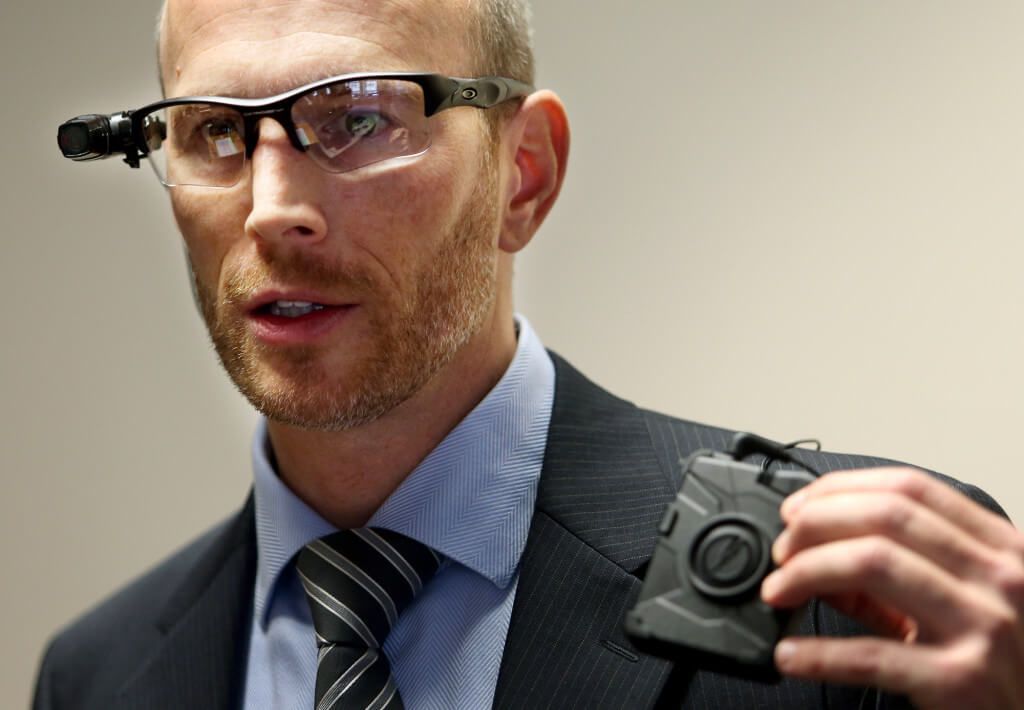 The POV glasses camera and the radio camera are two options for officers wearing body worn cameras Regardless of where they sit on the officer's body, these cameras are far less noticeable than a cameraman and his lighting crew, yet they create similar contemporaneous audio and video evidence. And unlike a potential witness's memory, the clarity of digital video evidence does not fade with time.

Even though this technology will capture seemingly incontrovertible video images with contemporaneous audio, the evidence produced from the cameras raises many jurisprudential concerns-especially since most police agencies refuse to regulate or even acknowledge the common use of body worn cameras.

This post is the first in a four-part series I will write on body-worn camera technology used by police. Each post has been shortened dramatically to give Texas practitioners a summary of the law applied to body worn camera technology. Please feel free to email me at TexasLawHawk@gmail.com for the expanded version or with any questions about my research.

This first post briefly examines the Confrontation Clause applied to the body worn camera evidence, taking into account the recent changes in both Texas and the Supreme Court evidentiary jurisprudence. This article will assume that the video evidence has been preserved for use in court and discuss the admissibility of the evidence at trial.

Next post in this series will discuss hearsay rules applied to body-worn camera evidence. If you have any questions or want to discuss my research in detail, feel free to email me at TexasLawHawk@gmail.com or reach me at (817) 440-3953.

The Sixth Amendment of the United States Constitution mandates that "[i]n all prosecutions, the accused shall enjoy the right . . . to be confronted with the witnesses against him." To put it in plain English, this "Confrontation Clause" imposes a general requirement that witnesses testifying against someone must appear in court to offer their testimony under the scrutiny of cross examination. A brief history of the Confrontation Clause cases will help but won't substitute for reading Crawford, Davis, and Bryant in their entirety.

Bryant offers prosecutors a significant advantage over defense attorneys when witnesses-especially victims-fail to appear. Finding the interrogation's primary purpose is highly context-dependent, so prosecutors should learn each of the factors listed in Bryant to compare any similarities to their facts. Assuming compliance with state evidentiary requirements, almost all of the video evidence captured by the officer's cameras will be admissible. Before Bryant, body worn cameras would probably bring less evidence into trial, but the expansion of the "ongoing emergency" doctrine in Bryant has narrowed the protections of the Confrontation Clause. Defense attorneys should note that far more 911 calls are likely to be ruled admissible after Bryant.

Defense attorneys should note that crimes of domestic violence are often completed by the time officers arrive; if the conflict has been resolved, then defense attorneys should argue that there is no ongoing emergency, and any damaging statements are inadmissible under the Confrontation Clause. Post-arrest reconciliation between the assailant and victim can cause problems for a prosecutor in the face of the Confrontation Clause, especially when a DA's office has a no-drop policy. Prosecutors should examine the array of factors under Bryant to look for similarities to their case.

Applying Davis before Bryant, Texas courts would hesitate to admit statements made by an unavailable victim-witness in a domestic violence case unless the officers (and their body worn cameras) arrived before the brouhaha had settled. See, e.g., Vinson v. State, 252 S.W.3d 336, 337-40 (Tex. Crim. App. 2008) (applying Davis to find no Confrontation Clause violation in admitting the 911 recording of a domestic violence before the responding officer arrived, but finding a violation in admitting the officer's recitation of her statements after he arrived). In Davis,the recently smashed appliances, the frightened wife, and uncooperative suspect were not enough to render Amy's out-of-court statements admissible against her husband. After Bryant, however, the ongoing emergency "factor" acts more like an ongoing emergency "flood gate" for admitting statements made to law enforcement, as long as prosecutors effectively utilize the grab bag of factors listed in Bryant.

A recent DWI case in Texas illustrates the difficulties that defense attorneys should prepare for. In Sutton v. State, 05-10-00827-CR, 2011 WL 3528259, (Tex. App.-Dallas, Aug. 12, 2011, no pet.) (mem. Op., not designated for publication), Christopher Downs, off-duty police officer, called 911 to report a drunk driver and describe "the motions of the [Marshall Sutton's] vehicle and how it was shifting across the lanes of traffic." Downs stayed on the line as he followed Sutton to his house. After Sutton parked in his driveway, Downs approached Sutton and asked him to sit on the curb. Sutton complied and talked with Downs-as the recording continued-until the arresting officer arrived. At trial, the judge admitted the entire 911 tape over objection. 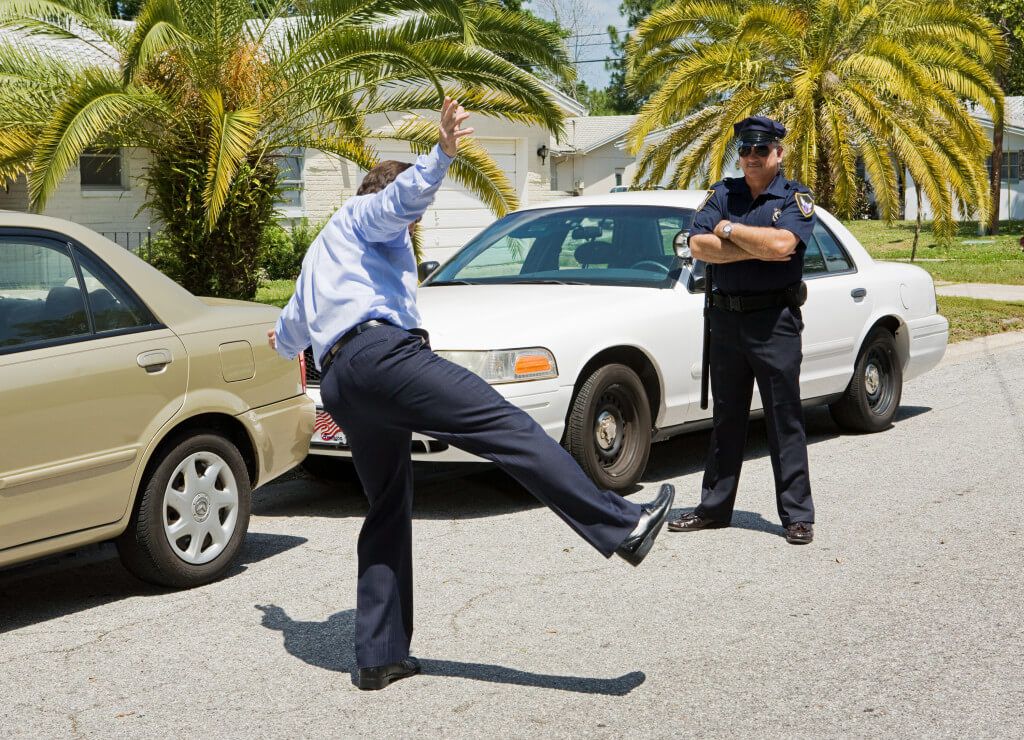 Finding the recorded statements nontestimonial, the appellate court affirmed Sutton's DWI conviction because "Downs was describing an ongoing emergency regarding [Sutton's] condition and a potential criminal offense in progress." (emphasis supplied). The facts of Sutton should disturb defense attorneys familiar with the contemporary Confrontation Clause. The opinion was brief, but classifying these circumstances as an ongoing emergency was almost certainly incorrect-especially when the obedient Sutton sat on a curb in front of his parked car long after the "ongoing emergency" (if you want to call it that) was complete. The onset of body worn camera technology will generate more ongoing emergency claims by prosecutors, but defense attorneys should still make specific objections to redact any absent witness's statements on the audio recording that describe "past events potentially relevant to later criminal prosecution." Even if the judge admits the entire recording, a specific object on the record may lead to a higher court restricting the wide latitude of the ongoing emergency factor.